How Ta-Nehisi Coates On HBO Between the World and Me 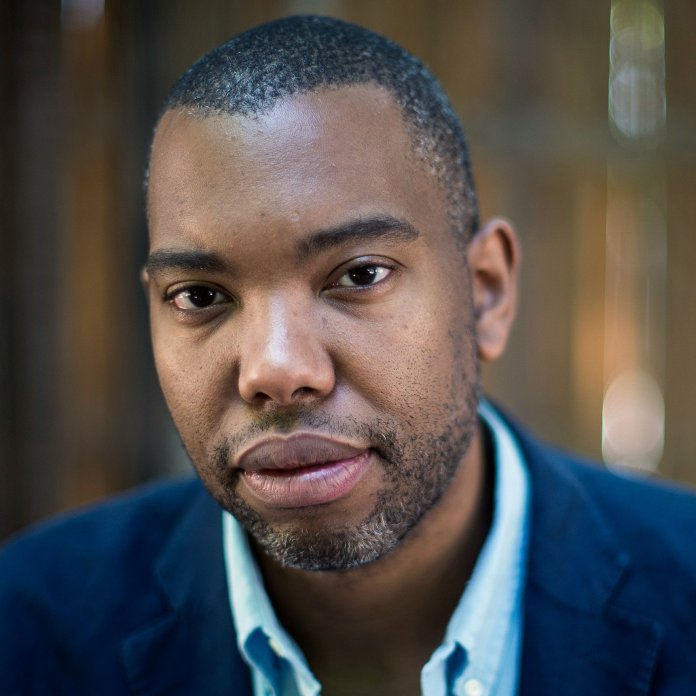 Ta-Nehisi Coates is an American writer who wrote a nonfiction book named Between the World and Me in 2015. This book was based on an autobiography; which published by Spiegel and Grau; written in English and had a poetic style of narration. However; Coates wrote this book as a letter to his 15 years old son to give a picture of marginalized Black Americans in the United States. He told his son the “racist violence that has been woven into American culture.” He was impressed by James Baldwin’s 1963 book named The Fire Next Time. Coates book won National Book Award for Nonfiction in 2015 and Pulitzer Prize for General Non-Fiction in 2016.

A journey of words:

In his book Between the World and Me; Coates recapitulated the American history of racism and present condition very beautifully as a letter to his son and his readers. His letter consisted of three parts; about his own experiences, life after his son’s birth, and the last part about Mabel Jones. He wrote “Here is what I’d like you to know: In America, it is traditional to destroy the Black body. It is heritage. There is no uplift way to say this… Son, we are captured, surrounded by bandits. This has happened in our only home.” Throughout history; Americans did not include Black Americans in the fabric of society. Coates stated that spirituals having black bodies whether men or women had been faced with racism exploitation in America. In the past, Black-faced slavery and was separated from the mainstream. At present time they face threats, lock up, and even murder.

Coates tried to make it clear to his son by giving his example; that how Coates came across with this truth of racism bit by bit in the form of institutional racism and police cruelty. In the book he shared his experiences at the Howard University and called it; “The Meeca” Coates stated “Black people love their children in a kind of obsession,” he wrote, “You are all that we have and you come to us endangered.” Coates said his life changed after marriage in New York and Paris where he felt himself disentangle from the White. He wanted his son to be able to live “apart from fear; even apart from me.” Coates compared Black American’s life with urban life; which he called “the Dream.”

A better lifestyle for her children

The last part of Between the World and Me is about his journey with Mabel Jones. She worked and rose in social class to give a better lifestyle to her children like private schooling and world tours. Carmen Jones Jr. was her son and Coates friend; who did a mistake on the road and was killed by the police. Coates used this tragic story in his book to explain American racism.

Journey to theater and HBO:

Kamilah Forbes is the lady who first attempted a performance from the book Between the World and Me in 2018 in Apollo Theater. Now she directed another attempt to convert the book into a movie to present it on HBO at Kennedy Center as she thought this book is something more than just a book on the shelf. Forbes started shooting in August when COVID 19 pandemic situation spread in the world. Now its first premier has launched on HBO on 21 November 2020.

Forbes has a talented cluster including Mahershala Ali, Angela Bassett, Jharrel Jerome, Wendell Pierce, Tariq Trotter, Angela Davis, Oprah Winfrey, Tip Harris, and Courtney B. Vance, and some other. All of them read different parts of the book and presented a continuous collection of moving pictures, animations, short clips full of art and twists. For bringing the truth of American history to the audience old news footage and fresh outrages were used. All of this effort completed the journey of Coates; from words to the theater to HBO.

New York Times stated that; This book consists of a letter to a son, but it carries a different message. According to the New York Times; Coates repeatedly tried for his son to accept the reality of racial injustice in America. Rather believe in foolishness; that one man can make changes and to understand the results and consequences of the American Dream. He wrote “Historians conjured the Dream” Coates also added “Hollywood fortified the Dream. The Dream was gilded by novels and adventure stories” He said Dreamers are those people who believe in the lie. He also gave a light of hope to Black; of freedom or equality which would work as a hope of movement to awaken the Dreamers. The writer also advised his son to struggle. “Struggle for the memory of your ancestors. Struggle for wisdom…But do not struggle for the Dreamers…The Dreamers will have to learn to struggle for themselves.

The book Between the World and Me is an outstanding autobiography with personal experiences, a history of American racism, and the present state of Black. It also offers supreme ideology to be a cognizant part of the society in the future.