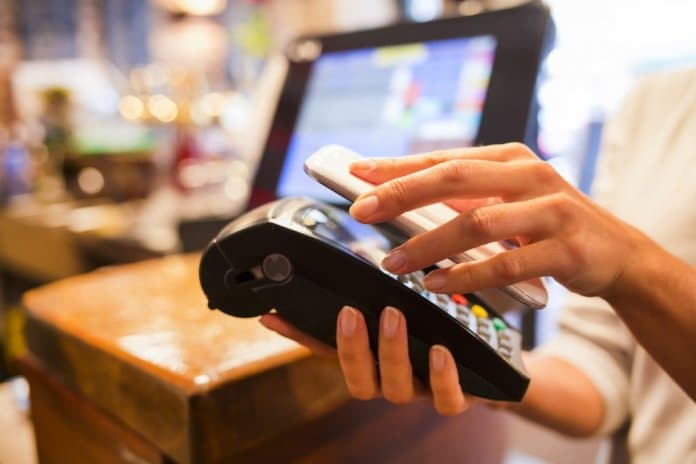 Owing to advancements that the digitalization is putting together in our lives, Apple devices including iPhone, iPad, and Mac have become way more than merely a source of communication: this is the wake of digital money. Like, who needs to carry a credit or debit card when you can secure your money in your mobile’s digital wallet and make online payment within a single click? Thanks to Apple Pay, Apple users have grabbed a hold on the easiest means to buy something online or transfer money in person or even in iOS apps. Keep reading to catch all the details about Apple Pay Trends For 2020 as well as get the answer to the most frequently asked question “Where I Can Use Apple Pay”.

First of all, let us provide you with a precise account of Apple Pay: what is this, and how does it work. Afterward, we will apprise you about the new feature that Apple is all set to embed in Apple Pay.

What is Apple Pay?

Apple Pay was launched by Apple Inc, it can be marked as a mobile payment method. Simply, Apple Pay is a digital wallet designed for Apple Users to secure their money. So, where you can save your money in your mobile’s digital wallet there you can transfer money or make online payments as well.

Since 2014, when Apple Inc launched Apple Pay, it has become quite easy for Apple users to secure the money in their mobile’s as well as transfer funds and make payments for online shopping with a single click.

How Does it Work?

About how does Apple Pay works, you can put it this way that Apple Pay only works on Apple devices. If you’re an Apple user, like, you have an Ipone or even an Apple watch, you can set up Apple Pay on your device. To set up Apple Pay on your Apple device(s), what you’re required to do is simply add your credit/debit/prepaid card details in your wallet. Just go to your mobile’s wallet, add a card, and then wait until your bank or card issuer verifies it. Once everything is verified, you’ll be able to use Apple Pay and make contactless, seamless purchases using your mobile’s digital wallet.

Now, as you have grabbed a hold on the precise account of Apple Pay, we shall move forward to discuss Apple Pay Trends For 2020.

Soon, mobile payment methods would be the primary source of making online payments, and Apple Pay is expected to be on the top of the list. From 2014 to 2020, Apple Pay has been gaining ground in the world of digitalization: people from across the world are now using Apple Pay for making payments, and secure their money. So, about the popularity, and worldwide usage of Apple Pay, you can see that now, even the BigCommerce brands adding Apple Pay button on their sites allowing Apple users to make online purchases via their digital wallet.

For the record, SerengeTee, Spearmint LOVE, and Zin Home like BigCommerce brands have implemented Apple Pay on their sites so that their customers can easily make online payments. So, you can see how fast Apple Pay is growing: Apple Pay has become the most convenient mobile payment method. Even in the meantime, Apple Pay is giving a tough competition to Paypal.

Moreover, about the Apple Pay Trends For 2020, take account of the fact that Apple is all set to embed another feature in Apple Pay: soon, the Apple Pay users would be able to make payments by scanning a QR code or bar code with their camera. However, Apple is yet to introduce this feature. Just imagine, how easy it would become for Apple Pay users to make payments with this new feature. Whether you go to a restaurant or a shopping mall, simply by scanning the QR code or typical bar code, you can make quick payments.

Despite knowing that Apple Pay is a mobile payment method via which Apple users can transfer funds, and make payments, the majority of Apple Pay users keep asking the same question Where I Can Use Apple Pay. So, here, we are to apprise you about where the Apple Pay is acceptable. Keep reading to know which apps, websites, restaurants, stores, transit platforms, colleges, and nonprofit firms allow you to make online payments and transfer money via Apple Pay.

You know that in 2014, Apple launched a secure and most convenient mobile payment method namely known as Apple Pay. All the Apple users can use Apple Pay to deposit their money as it is the most secure digital wallet as well as convenient enough to make online payments in the easiest way possible.

Just like Paypal or another mobile payment method, Apple Pay makes it easy to pay money for buying something via your mobile. Anyhow, there could be multiple questions roaming in Apple users’ minds who are inquisitive to use Apple Pay as the primary root for making payments. Such questions may include “what can I do with Apple Pay”, How I can use Apple Pay” or “Where I can use Apple Pay”. To help you find answers to all these questions, we would like to apprise you about the uses of Apple Pay as well as the stores, apps, and platforms that accept money paid from Apple Pay.

Keep reading to grab a hold on a brief account of the uses of Apple Pay and the stores, apps, and sites that have added the Apple Pay button to allow the Apple users to make payments easily.

“Where I Can Use Apple Pay”

Firstly, let’s talk about the uses of Apple Pay. Afterward, we’ll discuss where you can use it. So, about the uses of Apple Pay, as you know that it is a secure digital wallet service and the most convenient mobile payment method, you can use it to transfer funds in-person, pay for online purchasing, donate money to nonprofit firms, submit college/university fees, and much more.

Let’s put it in a simple way so that you can find the answer to the most frequently asked question where I can use Apple Pay.

You can use Apple Pay for:

Now, let’s make it simple by providing you with a list of the Apple Services, Online Stores/Websites, Transit Apps/Systems, and Colleges/Universities that accept payments via Apple Pay.

Use Apple Pay to Make Purchases From Apple Services

You can use Apple Pay to make payments for making purchases from the below-mentioned Apple services:

Use Apple Pay to Order Food

You can use Apple Pay to order food online. Various restaurants accept payment via Apple Pay including:

Use Apple Pay to Buy Clothes, Shoes, and Other Accessories

Use Apple Pay to Pay Bus or Train Fair

Apple Pay can be used to make payments to transit agencies: you can pay bus or train fairs easily via Apple’s digital wallet. The Transit Agencies that accept payments via Apple Pay include:

Use Apple Pay to Make Payments in Unversity/College

The university and college campuses that allow the students to make payments via Apple Pay include:

There are many other places, stores, apps, and sites where you can use Apple Pay to make payments. You can visit the official site to know more about it.