Umbrella Academy Season 2: Episode 1: “Right Back Where We Started” 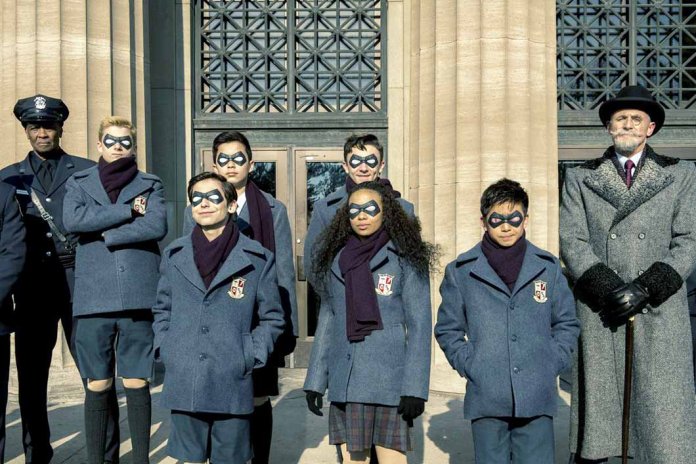 Umbrella Academy Season 2: Episode 1: “Right Back Where We Started”

Umbrella Academy Season 2 is on its way to pop-up on your screens. These days social media’s brimming with news, updates, and even speculations about Season 2.

Let’s have a look over the recent news about this season. In which the showrunner of the superhero series posted over his Instagram account.

So, as I stated above, Steve Blackman who’s the showrunner of Umbrella Academy posted a picture update about the series. The picture post stated that Season 2 will begin its journey with the episode entitled “Right Back Where We Started”.

Certainly, we all know that what does this title means. No doubt Season 2 will take us back to the past when all of the super seven were kids. And you all must be aware of the fact that by the end of Umbrella Academy Season 1. Number Five had to take the team back in time as the Apocalypse. In which Vanya caused was on the verge to destroy the whole world.

So, being back in time as the title “Right Back Where We Started” depicts. The Umbrella Academy team will try a solution to teach Vanya about her extraordinary superpowers which in the future led her to cause Apocolypse. Well, there must be the re-entry of their father alongside the young team. Moreover, we will get to see some new faces as well.

Would BoJack Horseman last season capacitate its Awareness with humor?

Guitjoo Patricia Torres is the PR director and media coordinator of Bobby Dee Presents (BDP) and a mother of two kids, a boy, and...
Read more
News

Here Are the best Shows That You Must Watch And Streaming Online At TV Right Now!

At this time, Netflix, Hulu, HBO, and many other platforms are best friends of people. On these streaming platforms,  people are enjoying their best...
Read more