Insatiable Season 2: It’s Messy, Criminal and Full of Twists, Watch it on October 11! 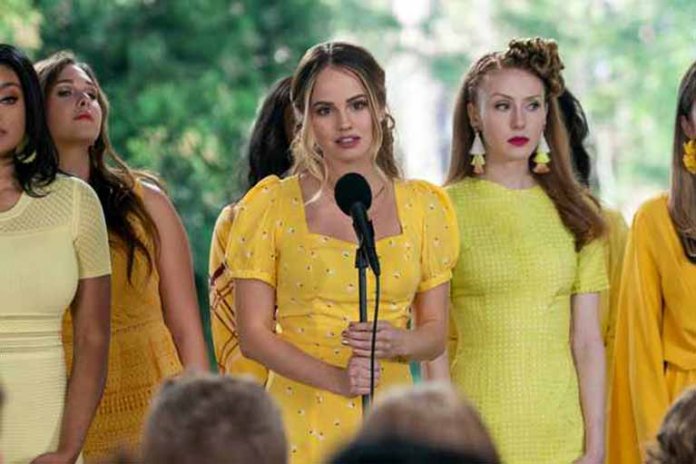 Insatiable Season 2 will pop-up on your Netflix screens this October on 11th. With the beginning of its second chapter, Insatiable is getting more messy, outrageous, twisty, and hyped with hotness amid unexpected crimes.

Insatiable Season 2 is a few days away yet hyping the fans with eagerness and excitement as it’s the trailer is just WOW. An urge for beauty and power is what Insatiable marked by, and this time, this urge will increase cent times greater than before.

Moreover, Patricia is back with Insatiable Season 2 and ready to hype the intensity. Even far more than what you all have expected. In the second season of Insatiable, we will see the hunger of power and beauty overruling. Patricia’s mind leading her to entangle herself in something unethical acts. Yes, In Season Two of Insatiable, we will see a hell of CRIMES alongside the twist. And messy story sparked by HOTNESS and BEAUTY of the BEAUTY QUEENS.

Further, you all must know that Patricia wants to be the Beauty Queen. And for this, she’ll do anything, and concerning anything every crime is accountable.

So, get ready to have another season of one of the remarkable series of Netflix. On 11 October 2019 Netflix

Share
Facebook
Twitter
Pinterest
WhatsApp
Linkedin
Previous articleNeither the Distance Nor the Time, It is The Feelings That Matter
Next articleLegacies Boss Hints At Major Vampire Diaries Character Return After Callback In Season 2 Premiere