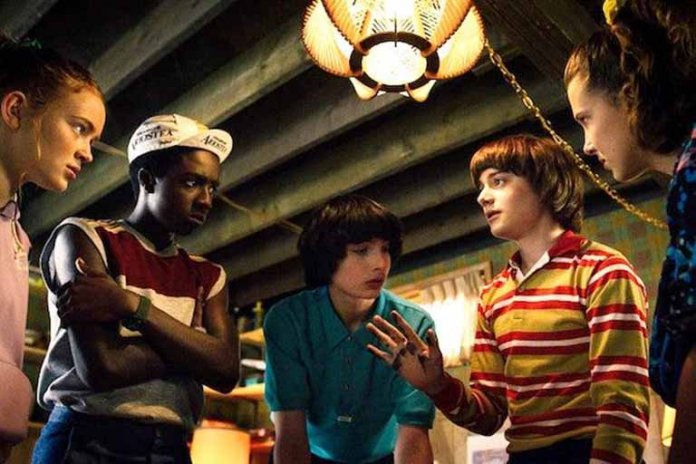 Stranger Things is one of Netflix’s Top-Notch and after scorching hard the screens it’s on the way to return with its Season 4. Although we haven’t received any official news regarding the arrival of Stranger Things Season 4, here we have some fan-based theories for the upcoming season.

As Netflix hasn’t uttered even a single word regarding the renewal of Stranger Things for season 4, fans have no idea when it will show up.

Anyhow, fans are pretty sure that the future of Stranger Things is promising and Season 4 will surely come.

Let’s figure out what will happen in Stranger Things Season 4.

So, let’s discuss those fan-based theories that propose some concrete plotlines that you might have never thought of.

As you know, all of a sudden a girl who works with Steve on the ice-cream store showed up and became a part of the stranger team. Yes, I am talking about Robin (Played By Maya Hawke).

Despite the fact that Robin played a significant role in Stranger Things Season 3, fans don’t know much about her. Who actually she is, and what’s her true identity? These questions have become a hot topic over the internet for Stranger Things Fans.

One of the fan-based theory hints that she must be a Russian Spy as she knows much about the Russians. In Stranger Things Season 3, Robin succeeded in breaking the Russian code so slightly, and even she knows about their language.

Anyhow, there’s also a possibility that she might be a subject of the Russian laboratory. Or else, she probably came from an alternative reality or something like this.

It seems like Robin will play some significant role in Stranger Things Season 4 and will help the gans to eradicate the Upside Down problem amid spoiling the Russian Lab’s plans.