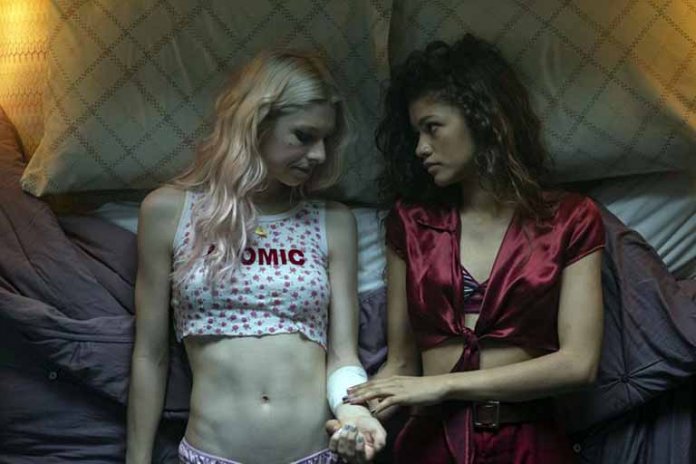 Euphoria will once again hit hard the screens with the release of its season 2. However, Euphoria Season 2 will bring plenty of unexpected twists, and drastic truths behind the spoils of Rue’s life will come out.

Euphoria proves to be the best teen-drama which perfectly highlights the dark sides of teens, and love, drugs and sex addictions amid some sort of recoveries and betrayals too.

Some of the speculations about Rue suggests that she will end up taking her life. However, this is nothing more than a rubbish idea.

As per the sources, the character of Rue in Euphoria has a lot more to deal in life, so we will get to see the evolution of this character marked by a number of heart-wrenching events.

It’s really hard to overcome addictions when the whole of your life seems to be shattering apart in front of you. Rue’s life is such on stake where she owns nothing to do with her life, but here the series goes on.

In the upcoming season of Euphoria, we will get to know about the drastic truths about Rue which manipulates her to spoil her life at such a younger age. How her father’s death badly impacted her life, and still she’s trying to recover of the misery, will be revealed in Euphoria Season 2.

Well, as the end of Season 2 left us in the chaos caused by all of the characters shattered and messed up lives, we’re wondering now, whether Jules will get back to Rue or Rue will have to overcome her sufferings all alone.