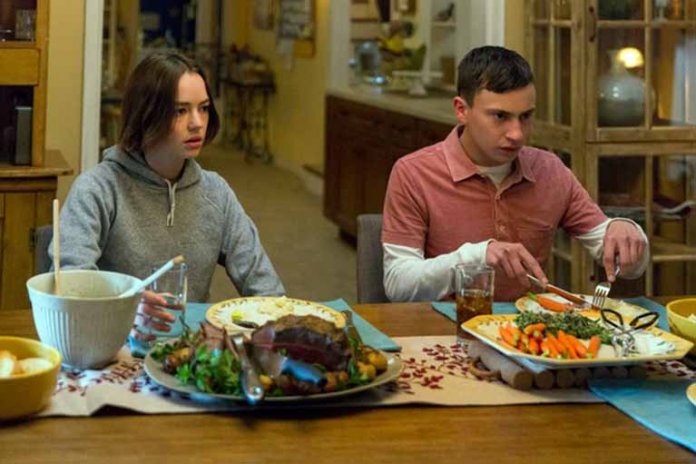 Atypical Season 3 is on its way to appear on Netflix as finally its release has been dropped. will release on 1st November 2019, the midnight of Halloween.

Yes, our Sam just as the title of the series is coming back with the third season of the series. Sam is on its way to attend college after he gets off from high school. So, we all know that what is set to bring.

Atypical Season 3 will follow Sam’s journey at Denton University to study further, the scientific illustration course. There Sam will come across many problems as he has a severe problem, Autism which hinders him to communicate while being in a social gathering.

Certainly, I atypical season 3.will dig all of us deep into the life of Sam to explore a lot more. About the sensitive issues for what Atypical is famous. We all know that Sam still has autism problem and seeing another therapist after he confronted his feelings for Julia, his previous therapist. On the other, Julia is also facing problems in her life. As she’s pregnant with the child of his ex-boyfriend.

So, let’s see will Sam be able to confess his feelings in front of Julia and be his support while overcoming autism.

But before all this, Sam atypical season 3 has to make a place at Denton University. There, Sam will come across two new teachers. One of which will motivate him and the other will prove to be quite harsh and problematic for him. Professor Shinerock will play a positive role in Sam’s life whereas Professor Judd will be a bit problematic for him.