The Falcon and The Winter Soldier: Sam Wilson New wielder of the Captain American Shield 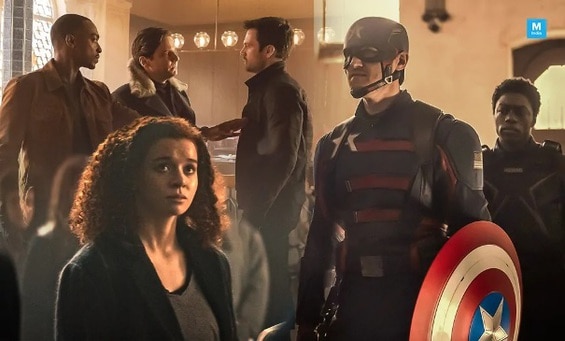 The Falcon and The Winter Soldier is an American fourth installment of the Captain America film. This TV miniseries has created by Malcolm Spellman to stream on Disney+ on 19 March 2021. In this series, Sebastian Stan and Anthony Mackie from the previous series continue their roles as Bucky Barnes (the Winter Soldier) and Sam Wilson (The Falcon) respectively. Both of them team up in a global adventure that would test their abilities and patience.

Spellman is the creator and head writer of the series. He did many famous projects throughout his career. Among them, Empire was a TV series that was written and co-executive produced by him for Fox. He also acted as a consulting producer on the crime drama Truth Be Told. After such popular projects, he was selected to lead the main character Falcon of the upcoming series. He is ripped by CAA and Industry Entertainment.

The Falcon and The Winter Soldier was by Marvel Cinematic Universe (MCU). The events that took place in the series followed Avengers: Endgame (2019). This series has produced by Marvel Studios while directed by Kari Skogland.

The Stellar Cast of The Falcon and The Winter Soldier

The series has two main characters, Sam Wilson as Falcon and Bucky Barnes as Winter Soldier. Falcon and the Winter Soldier, which also stars Sebastian Stan as Bucky Barnes (the Winter Soldier) has faced strong positive and negative reactions. In this TV series, Wilson is select for the title of Captain America. A white member was nominated for this role of the military name John Walker (Wyatt Russell). Some of the cast members are on the following list.

Release Date of series The Falcon and the Winter Soldier

The new series consists of six episodes that premiered on March 19, 2021, and ended on April 23. According to Disney+, it is the biggest debue series topping renowned shows such as Marvel’s Wanda Vision and Lucas film’s The Mandalorian. “Truth” was the fifth episode of the series by a credited writer Musson. The episode has considered among the strongest of the show’s installments. His other famous work includes Iron Sky: The Coming Race. At the end of the sixth and last episode, the series retitle onscreen as Captain America and the Winter Soldier. The duration of each episode was around 45–55 minutes. As far as the budget is concern each episode costs approximately $25 million.

Development of the Series

Till September 2018, Marvel studio creating series for Disney + based on the main character from the MCU films such as Wilson and Barnes. Later on,  Spellman is hiring in October to handle the issues that has happens when Wilson has handed Captain America’s shield. The Falcon and The Winter Soldier upcoming series confirms in April 2019. On the other side, Skogland is hire for the following month.This upcoming series is firstly making film in October 2019 in Atlanta, Georgia then it moves towards the Czech Republic in March 2020 for remaining filming. But production stopped due to the world wide Covid 19 pandemic. Then its remaining production resumed in Atlanta in September and wrapped in the Czech Republic in October.

Black Writers under One Roof

For this series, Spellman has collected black writers under one roof.The series must to appreciate for bringing the black experience to the forefront in such a superhero film or TV show that has never done before . The series has highlighted the issues from discriminatory lending practices to the original sin of America.

Rotten Tomatoes reported an 87% approval rating for the series. While the Metacritic, which uses a weighted average scored 74 out of 100 based on 28 critics. Captain American movies are fascination for the fans they seems to be twiddling their thumbs for this upcoming The Falcon and The Winter Soldier series.

Read Article: The Conjuring 3: Lorraine Warren and Ed are caught in the terrifying case