Top Lowest Currencies in the World 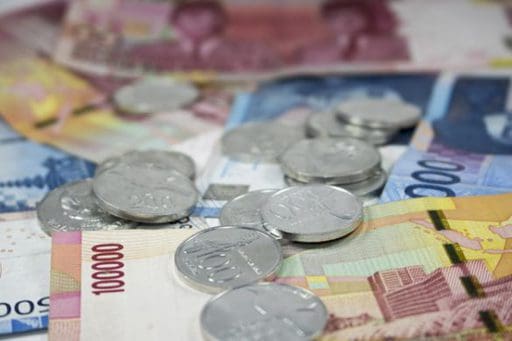 There are many currencies in the world, and some are more valuable than others. Some have a high value because of their stability, while others suffer from inflation. There is also a category for “lowest” currency which we will talk about here. The top 10 lowest currencies include Venezuelan Sovereign Bolívar, Iranian Rial, Vietnamese Dong, Indonesian Rupiah, Uzbek Sum, Guinean Franc, Sierra Leonean Leone, Paraguayan Guarani Cambodian Riel.

What is the lowest currency, and how they affect the world economy?

The term “lowest currency” refers to the country’s national currency when it becomes so devalued that people cannot purchase anything with it. The primary mechanism for this is inflation, where prices rise over time and money has less value because of decreased purchasing power due to rising prices. However, the lowest currencies also happen due to hyperinflation or recession, which decreases the economy in general and therefore reduces demand for goods and services (because they become too expensive). This leads to fewer jobs being available, increased unemployment rates, lack of opportunity, poverty, etc., all contributing factors in devaluing their currency. Some countries have avoided falling into such conditions by implementing policies that help maintain economic stability like Venezuela created price controls in 2003 to help combat inflation.

A country’s lowest currency is often the product of various factors, including economic variables, political conditions, and exchange rates with other countries. Many countries had had low currencies for years or decades, such as Nicaragua who had seen its currency devalued by over 800% in recent months due to corruption scandals and international sanctions, which limit foreign investments into the country since they traded at about 80¢ per USD on January 15th, 2019 from ¢2300 (January 15th) while Venezuela was trading at $0.00003499 per US Dollar when we last updated this article on February 20th, 2019 according to Bloomberg. Hence, it ranked number one out of all currencies, both high and low in comparison because of its high inflation and the rampant crime rate, so it may be wise for people to invest in another currency instead of that one.

Here is a list of countries with the weakest currency:

The Currency Code for Venezuelan Sovereign Bolivar is VES (VEB)

The Venezuelan Bolivar was introduced in 1879 and had long been the only currency used in Venezuela. It has lost much of its value because of hyperinflation, which reached an annualized rate of 101000% at the end of 2018. The Bolivar also suffers from rampant corruption adding to the woes that have caused a humanitarian crisis within the country

The Currency Code for Iranian Rial is IRR (IR)

The Iranian Rial was introduced in 1932. The economic sanctions imposed by the US is responsible for low value of Iranian currency and caused many Iranians to be unable to buy imported goods. However, these measures are said to have inadvertently saved Iran from a currency collapse.

The Currency Code of Vietnamese Dong is VND (VN).

In 1978, the Vietnamese government introduced a new currency system and replaced old coins with banknotes. The Dong was originally subdivided into 18 parts, of which one is equal to two Sen or half Riel.

The Central Bank has restricted open market operations since 1994 in an effort to slow inflation.

One USD to VND conversion is currently at 23,002 VND

The Currency Code of Indonesian Rupiah is IDR or Rp.

The Indonesian Currency Board has been in charge of issuing currency since World War II.

Indonesian Rupiah has been devalued by over 50% in the past five years. This is one reason why the Indonesian Economy slows down sometimes or stagnates for a while before it can start growing again.

The Central Bank said that they are trying to maintain stability so as not to disrupt economic growth. Still, on the other hand, we have seen some members of the Indonesia Cabinet calling for more action from CBI regarding currency market interventions which might lead us into another round of stagflation situation if done without taking necessary measures first.

One Euro to IDR conversion rate is currently at 16,978 IDR

The Currency code of Uzbek Sum is UZS.

This Central Asian nation used to have a relatively steady economy before they were hit by recession in 2016 when their annual GDP growth dropped from 12% for 2015 down to less than 0%, which made them enter into a technical recession.

In 2017, the Gross international reserves of Uzbekistani sum increased. However, according to IMF standards, it was still not high enough because this country’s current account deficit narrowed slightly due to a considerable drop in gold exports. The budget deficit also narrows thanks to a decrease in government spending considerably. However, inflation rates remained at about 14%. Uzis have been devaluing around 50 percent over the past five years, which will continue to happen in coming years.

The Currency code of Guinean Franc is “GNF.”

Guinean Franc is the currency of Guinea-Bissau, and it was introduced in 1973 to replace Portuguese escudo. The Guinean franc trades freely against other currencies on a one-to-one basis.

In 2017, the Gross international reserves of Uzbekistani sum increased. However, according to IMF standards, it was still not high enough because this country’s current account deficit narrowed slightly due to a considerable drop in gold exports.  The budget deficit also narrows thanks to a decrease in government spending considerably. However, inflation rates remained at about 14%. Uzis have been devaluing around 50 percent over the past five years, which will continue to happen in coming years.

The Currency Code of Sierra Leonean Leone is SLL

Despite having a rich supply of natural resources, Sierra Leone ranks among the world’s ten most impoverished and least developed countries.

This is because Sierra Leone’s economy continues to struggle. It doesn’t grow much because of the Ebola outbreaks.

Advantages of e-sourcing in Simplifying the Company’s Procurement