The Upshaws; A New Black Sitcom to Release on Netflix 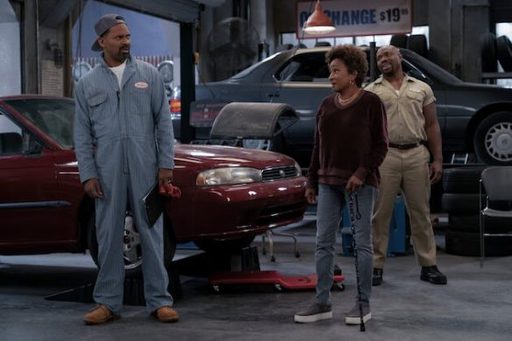 Upshaws is a new comedy sitcom show that is going to stream on Netflix very soon. It is highlighting the struggles and achievements of a black, working-class family in Indiana. The show is produced by Regina Hicks, Wanda Sykes, Mike Epps, Page Hurwitz, Niles Kirchner. Its co-creators and co-show runners are Regina Hicks and Wanda Sykes. Kim field shared on her twitter post as she will consider the premier of the show as a birthday gift.

The Cast of The Upshaws

The show has cast icons of the entertainment industry such as Mike Epps and Kim Fields. The list of the show’s cast has the following names.

Bennie and his Black Family Struggle to Uplift Life

Mike Epps is playing the role of Bennie as the head of the black family. Epps is popular for his role as Day-Day Jones in Next Friday and its sequel Friday After Next. His other famous roles are from All About The Benjamins and Meet The Blacks.

The story of The Upshaws tells about a Black working-class family of Indiana. Bennie the head of family a charming, determined mechanic and has pure intentions to work hard for his family. He is shouldering the weight of his family and trying to be the best father of a teenage son name Diamond Lyons from his other wife name Gabrielle Dennis. He is also handling his sardonic sister-in-law Lucretia played by Wanda Sykes as he considers her good for his mess.

Kim Fields has been Epps high school girlfriend and now his wife name Regina in the sitcom. Fields is popular for her role in Facts of Life and Fox’s Living Single. She is juggling her profession and passion in this show. She is also the mother of two young daughters name Khali Daniya-Renee Spraggins and Journey Christine. These two young girls also have a brother name, Jermelle Simon. In the series black family members Bennie, Regina, and Lucretia insult each other in a way only relatives can do. As in the series, the family is trying for success without any blueprint but the whole family is so determined to uplift their life to the next level.

The first season of the upshaws will consist of 10 episodes with duration of half-hour. These episodes will express the black working-class family struggle towards success in life without any blueprint. The family sitcom premiere will be on 12 May 2021 on Netflix. The trailer of the film is available on Netflix now.