is shadow and bone coming on Netflix 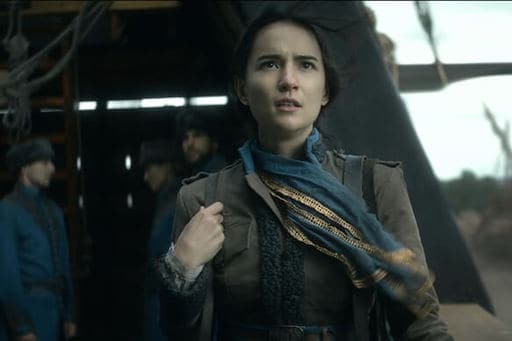 Shadow and Bone is a fantasy and adventure-based movie. Its story is taken from a novel written by American author Leigh Bardugo. The novel was published by Macmillan Publishers on 5 June 2012. The novel is narrated by the main character name Alina Starkov.

Shadow and Bone from Grisha Trilogy

The novel on which the movie is based is the first book from the Grisha trilogy following siege and storm published in 2013 and Ruin and Rising publish in 2014. In the same vein; as the Grisha trilogy there is a duology consists of Six of Crows in 2015 and Crooked Kingdom in 2016. Another short story collection is The Language of Thorns, also a duology consist of King of Scars in 2019 and Rule of Wolves in 2021. It features characters from the original trilogy and Six of Crows.

The Grishaverse has 13 total works. They include The Demon in the Wood, The Witch of Duva, Shadow and Bone, Siege and Storm, The Too-Clever Fox, Little Knife, Ruin and Rising, Six of Crows, Crooked Kingdom, King of Scars, Rule of Wolves, Folktales from Ravka and The Lives of Saints.

As far as its cast is concerned, some of its main characters are following.

Ben Barnes’s full name is Benjamin Thomas Barnes. He is an English actor and a singer too. He is famous for his roles like Prince Caspian, Logan Delos, and Billy Russo in The Chronicles of Narnia, Westworld, and The Punisher respectively. Ben Barnes is playing a leading role in the upcoming Netflix film Shadow and bone as Darkling leader of the Garisha.

Jessie Mei Li is an English actress. She acted as Alina Starkov in the upcoming movie on Netflix. All about Eve is her famous stage work in 2019.

Archie James Beale has a professional name Archie Renaux. He is an English actor and a model. He is playing the role of Alina’s friend as Malyen Oretsev in this forthcoming Netflix movie and also in Voyagers. Archie has been popular because of his role as Leo Day in the BBC One miniseries Gold Digger. 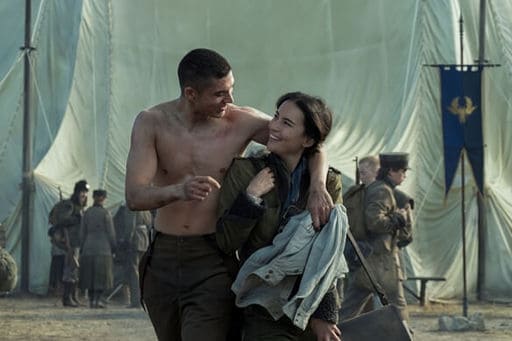 The remaining cast of the film includes Sujaya Dasgupta as Zoya Nazyalensky, Daisy Head as Genya Safin, and Simon Sears as Ivan, and some others.

Alina Starkov is a teenage girl. She grows up with Malyen Oretsev (known as Mal) in an orphanage located in Keramzin in the Kingdom of Ravka. The story takes starts when both of them march through the Unsea that is a dark, barren, strip of land in Ravka. Many expeditions go through the sea to transport the goods and bring imports with them. Expeditions drive by the monsters called Volcra. Volcra inhabits the Unsea that is created by Garisha leader. When both friends are marching volcra attacks them. During the struggle of saving her friend Alina shows extraordinary Garisha talent. Garisha are people who have an extraordinary talent to elements in such a way that they can use them as a weapon. Such as they can call fire, summon wind and even stop hearts. Similarly, Alina can summon light.

Does Darkling love Alina Truly or Not?

Darkling is the leader of Garisha. He takes Alina to the Capital Os Alta. He tells her that her power is unique and valuable. Because of her power, she can be an assassination target by the enemies of Ravka. So, she tries to fit in with other Garisha. Soon she feels confident in her abilities after rigorous training. Here she starts to feel attraction for Darkling. As in their two meetings they kisses which makes Alina confuses by her reaction to the kisses.

Alina shows her ability to the King and court. Her tutor Baghra who is the mother of Darkling suggests she run away. Alina’s tutor tells Darkling is trying to use Alina. Further Baghra tells her that Darkling wants to enslave and uses her Garisha power to conquer the world. During her two weeks flight, she has almost captured but saved by her friend Mal with the help of his supernatural ability.

Alina and Mal make a plan to hunt a stag in the far North. The concept behind hunting is to kill and make a necklace of its antlers. These antlers would help Alina to amplify her power. After a great struggle, they find it, as well as Alina and Mal, realize that they love each other. Now Alina refuses to kill it. On the other hand Darkling with his minions reach there. Darkling who want to enslave Alina kill the stag and force Alina to put on antler necklace. So she becomes his absolute slave and cannot disobey him in the slightest.

All of them return to the south to the major crossing point of the Unsea. Darkling directs Alina by force to protect the ship. On the other side Darkling enlarges the Unsea for the great death and destruction. In the ending Darkling throws Mal into the Unsea and the Monsters devours him. Alina feels desperate and her act of mercy and sparing the stag give her the chance to get free from the Darkling’s enslavement. Alina’s love for her friend Mal gives her the strength she needs. As a result, Alina set free and leaps out of the ship. She also saves Mal and destroys the ship. Alina and Mal go towards the passage of the true sea and finally escape from Ravka and Darkling.

Holly Bario is president of DreamWorks declared that she picked up the rights to the movie Shadow and Bone in September 2012. David Heyman and Jeffrey Clifford announced as producers. In 2019 Netflix planned to stream a movie based on the Grisha trilogy and the Six of Crows duology. With the big names of the cast, its trailer has been released on 26 February 2021 but the film release date is April 23, 2021.

Read article: Dance of the 41 on Netflix