Online Gaming Is More Influenced By Television Than You May Think 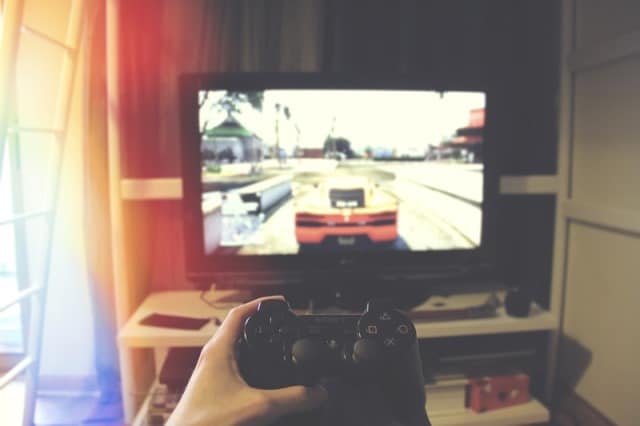 The experimental days of television in the United States began in September 1928 after J. Harley Manners’ full-length program broadcast called The Queen’s Messenger aired. Since then, American TV programs, much like American popular culture, have spread beyond the United States and had a pervasive impact on other forms of global entertainment, such as the online gaming industry.

Online games have been based on several works, including comics and literature. For instance, as we covered, some of the best PSP games of all time are based on Marvel comics, and there are also several video games based on works by Agatha Christie, J.K. Rowling, and Bram Stoker. Over the years, however, online games based on television shows have become more mainstream. Why? Perhaps because the characters in a television show translate better in a gaming world than literary fictional characters like Agatha Christie’s Hercule Poirot, who plays a pivotal role in DreamCatcher Interactive’s 2009 video game based on Christie’s novel The ABC Murders.

Online Games Based on Reality/Game Shows

The first televised game show, Spelling Bee, aired in 1938, and Candid Camera, one of the earliest examples of reality television, aired ten years later. Today, reality and game shows are a staple on the screen, which explains why there are games based on these genres, including online casino games and video games. For example, some live casino platforms offer games based on Who Wants To Be A Millionaire?. This show is a quiz competition that first aired on ABC in the United States in 1999; games based on Who Wants To Be A Millionaire?, such as the Live Roulette version found on William Hill, take the game show’s familiar format and apply a casino-themed twist.

Similarly, there are video games based on reality competition franchises. In 2009, Activision published its Dancing with the Stars video game, which is a sequel to the 2008 video game Dancing with the Stars: We Dance!. The same year We Dance! was released, Destineer published its Iron Chef America: Supreme video game, based on the Iron Chef America television series. This video game has a similar format to the reality show, where players participate in culinary challenges and prepare dishes judged by taste, originality, and visual appeal.

Online Games Based On Franchises

Franchise television shows have had as much influence on the gaming world as game shows and reality shows. Among the most popular are video games based on the Star Trek franchise, which first aired in 1966 before spawning one of the biggest franchises in the world. Now, it consists of over a dozen feature films, television series, and numerous toys, books, and games.

One of the most highly regarded video games based on the Star Trek franchise is the 2000 Star Trek: Voyager — Elite Force. The first-person shooter game was a critical success, and it received several positive reviews praising the game for its gameplay and design. Television lovers can also find online games based on behemoth franchises like Doctor Who, Buffy the Vampire Slayer, and The X-Files.

Online Games Based On Netflix Originals

There’s no denying that Netflix’s original programming changed the streaming service game. Interestingly, this power and influence have also extended into the gaming industry. For example, we recently saw Netflix roll out mobile games for iOS and Android users. For now, the options on the platform are limited, but it’s no surprise that one of Netflix’s first mobile games is based on its popular original series Stranger Things, which received 12 Primetime Emmy Awards nominations for its second season.

We know television has changed the way we entertain ourselves. What’s less known is that television has also influenced how other forms of entertainment operate and their content style. And perhaps no industry demonstrates this influence as much as the online gaming sector.

Everything to know about slot joker123