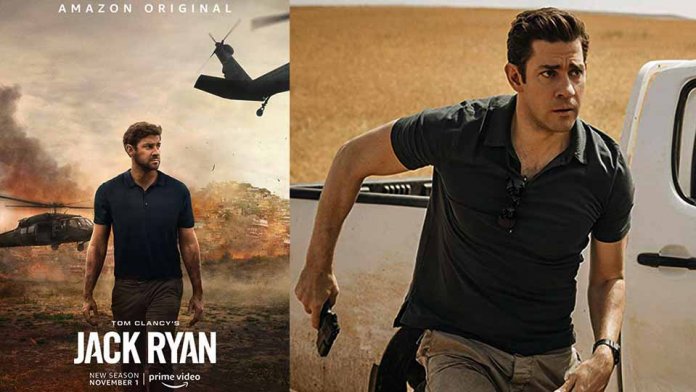 Jack Ryan is the famous Amazon Prime Video that will release on 1st November.

It is the action thriller series of Jack Ryan. The official trailer released along with the poster and fresh pictures.

In the second season of Jack Ryan, CIA officer heads to South America for inquiry. It’s all happened after the shipment of illegal weapons in the Venezuelan jungle. The president of Venezuela will launch the counter-attack to Jack that leads him to the United Kingdom, the United States, and Venezuela. Other fellow agents were also along with him.

It is Amazon Prime Video series and also co-produced by the Skydance Television, and Paramount Television. Besides Krasinski, Some cast stars in the season two are James Greer, Noomi Rapace, Michael Kelly, Harriet Harry Baumann.

The season is produced by the Michael Bay, Brad Fuller, Andrew Form, Allyson Seeger, Krasinski, and Carlton Cuse and Graham Roland who also developed the series.