Introducing a man who have enormous Talents Paul Prince 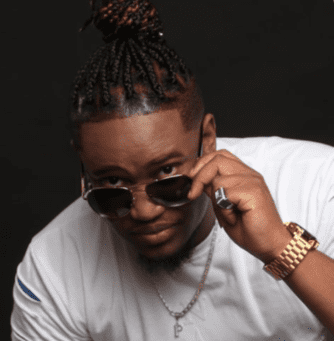 Paul loved singing since he was only a child, so he made his passion into a profession. He took inspiration from Drake, Tory Lanez, 50 cent, and Pop Smoke because of their music sense. He started his career by releasing his first song named “Pretty Lady” back in 2017. This song got fame around the globe. He took a break after his first song’s success, and now he has decided to make a comeback with his new album named “In My Corner” in the current year. Before that, he has released his new album called “damaged” collaborating with Don Bando this year on the 30th of July. This track has consisted of 10 songs. This album explains his life story and how he grew up as a black man, and the struggles he had to make just because he was black. He released his song “Confidence,” “What I do,” and “What I Want” these songs explain the hardships he had to face to achieve the milestone he always dreamt of.

Paul is a flexible nature, and he never wanted to stick to one thing. He was fond of writing since his teenage. He likes to write about love and friendships. And if a person loves to write, there are so many chances that he will become a singer. He wrote his first book named “Lost in Europe,” This book was expected to be released this year on the 24th of July, but Paul had to stop because of the pandemic situation around the world. During this pandemic, he wrote a novel named “A Transient Ride” this book includes so many short stories, and each story has its own depth and meanings. People who have read this book have given outstanding reviews because of his fluent language and fair use of words.

Paul has also made his debut as a producer and director. In 2016, he released his first movie named “MBM,” which is a thriller and action movie; this movie is based on a mob leader whose wife got murdered, and he got revenge. He is on his way to release two more movies in the current year. Those movies are “Wrong Decision” and “Run.”

Besides his artistic activities and life, he is also a supporter of human rights activities. He believes that every person should be entitled to fundamental rights regardless of color or religion. He has shown his support for “Black lives matter” on his Instagram broadcasting.