How to Multiply Decimals? 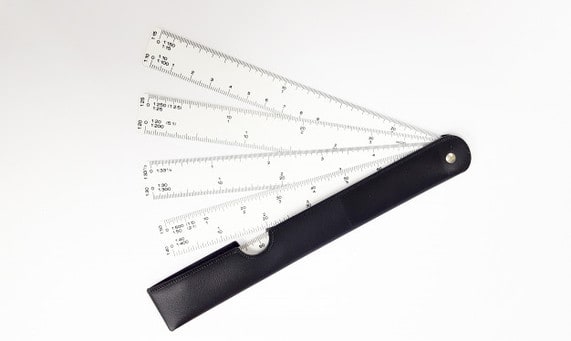 Just like operation in mathematics, there are a number of operations in decimals also. These operations include the addition of decimals, subtraction of decimals, division of decimals, and multiplying decimals. The aspect of multiplication in decimals is just as important as any other aspect. For instance, think of a situation where the Government wants to distribute 2.5kg rice per family to a total of 300 families. Now to determine the total amount of rice required for this distribution act requires calculation. Now either we can add 2.5 300 times to obtain the answer or we can simply multiply 2.3 by 300. The latter method seems much more efficient as it is much less time-consuming. But to go down that road one needs to know the multiplication rule in decimals.

Now there are two ways to explain how we got the answer above.

1st method: Forget about the presence of the decimal and multiply the numbers simply. So it becomes 375*90, which is easy to do. So 375*90=33750.  Now recall about the placement of decimal initially. It was two places from the right in 3.75, so that’s what we do in t5he answer we obtained without decimal we place decimal two places from right. So 33750 becomes 337.50 and that is our answer. For better practice let’s do one more 5.678*40. We forget the decimal and multiply 5678*40 it gives the result as 227120. Now the decimal was present 3places from the right so we put decimals from the right in 227120 which gives us 227.120 which is our final answer. All that is required for mastering this method is more and more practice.

2nd method: The alternative approach that we can have here is to remove decimals. In 3.75*90, we can write this as (375*90)/100=33750/100=337.5, here we removed the two decimals from 3.75, and to compensate the removal of both decimals we divided 375 by 100 the number of zeroes here is determined through how many numbers are present after the decimal. So we multiplied 375 and 90 and divided the whole expression by 100 to obtain the answer. Though this approach may seem lengthier and tiresome at the beginning in the long run it is going to be advantageous if anything. Mastering this method requires a faster calculation pace.

Up till now all we leant was the multiplication of a decimal number with a whole number. Now we will see the product of two decimal numbers. Suppose we are going to multiply 56.7 and 78.876, this might seem a lot more intimidating than it actually is. For multiplication, we just forget about the existence of decimals and multiply the numbers like we would have whole numbers. So 567*78876=44722692. Now we recall about the decimals there was one decimal from right in 56.7 and one decimal 3 places from right in 78.876. So this gives us one decimal from 3+1=4 places from right. So 44722692 becomes 4472.2692 which is our answer.

These concepts basically are taught to elementary grade students. But sometimes the intricacies of mentioned concepts and some of the aspects can be quite intimidating and bewildering for beginners. But Cuemath has got the backs of students in need. With the interactive and engaging interface of the website of Cuemath, children tend to focus more easily and the process of learning becomes more fun for them and they tend to remember concepts for a longer time more efficiently. This eliminates the scope of children getting bored as the usual boring and tiresome concept of learning is no longer in use.

Upon retrospecting on the facts and details mentioned above we arrive at a respectable conclusion that mentioned concept with being important to the subject mathematics is also equally important to the concept building aspect as it is recognized as a concept-building block. The many important features listed are just a sample; the whole picture of its sheer importance is difficult to put in words.