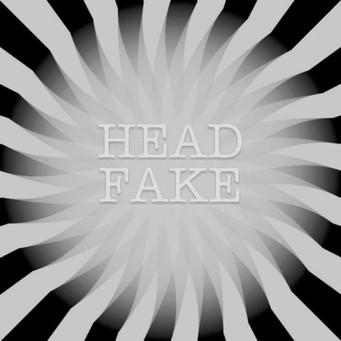 For fans who like the usual club anthems, here is an album that can be played in the kitchen, parlor, or while driving in your open-roof car: Head fake vs. Dub Fu Masters, a new EP. Is the name a little odd to you? Well, that’s what I believed as well, but who cares.

Personally, I don’t believe there is a proper damn-you-covid-19 comeback song choice other than a really hot club, electronic-based version, which is precisely what this new EP offers.

Known as Head Fake, the group is composed of a trio of semi-anonymous and club hits booming artists that represent the finest of club musical themes from London, Miami, and New York. The EP is a collaboration with the famous Dub Fu Masters, whose supersonic style and sound are featured throughout.

Ahead of the release of their new EP, “Head Fake vs. Dub Fu Masters,” the group has released three new tracks, all of which are remixes of their previous popular songs, which are entitled “One Step, Overjoyed, and Trump Funk.” These three songs’ melodies were re-created to create a captivating course and a superb beat that characterize the absolute best of contemporary dance music today.

On the first track, One Step, you’ll hear plucky synthesizers and light yet complex percussion that set the tone for the rest of the album. The construction is gradual and systematic, and the overall production is simple, allowing each new piece to be added to have a distinct sense of purpose. The introduction of the electric guitar at the midpoint of the song gives a lively and surprising flavor to the song.

Trump Funk is a spacey tune with a more driving rhythm than the previous track. The highly distorted vocals, the surf-rock-influenced guitar tones, and the intricate bass lines all get their time in the spotlight on this track. It’s a fantastic mix of diverse tones that keeps you paying attention attentively throughout the whole 6+ minute track, without the need to add just so many competing layers of sound to make things interesting.

Although this is just a three-song EP, it ends with our personal favorite, Overjoyed. Beginning with a gloomy, melodic vibe, this tune transitions into a vocal-driven beacon of hope as it progresses. It jumps between major and minor tones, producing a diverse soundscape as fascinating as it is well-executed. It has a memorable hook and bright synthesizers beneath the appealing melodies.

This is EDM music at its most basic level since it is dynamic and surprisingly simple. Those who like the traditional electronic music sounds will be up and dancing in no time after listening to this EP. This collaboration between Head Fake and Dub Fu Masters is filled with high notes. It is hoped that it will pave the way for future collaborations between the two groups since this is the type of electronic music that will have you pushing play over and over again for hours on end.

Also read:  Will Netflix take Six Season 3 after dropping by the Channel?